Not even three years into operating, Birmingham-based Vesta Modular and Housing Solutions Inc. was projecting to hit $10 million in revenue this year and $20 million next year.

That was before Hurricane Harvey hit — and the company may sacrifice some of that growth to help, its executives said.

The first Category 4 hurricane to make landfall since Charley in 2004, the nearly weeklong Harvey left unprecedented flooding in its wake for as much as a third of Houston, the fourth-largest city in the U.S.

Late last week, the U.S. Department of Homeland Security said 100,000 homes had been affected by the storm.

Vesta’s projected growth before the storm hinged on high demand for the factory-built, modular offices, classrooms and homes it sells and installs, demand spurred by shortages of carpenters and other skilled labor across the country.

There’s no telling what impact Vesta’s response to the historic flooding in Houston — its first deployment to a disaster area — will have on its bottom line.

“We could end up with some reduced growth responding to this hurricane because we’re dedicating so many resources to it,” McMurtrie said.

Led by Sam Simon, founder of Atlas Oil Co. and CEO of Simon Group, the investors in Soaring Pine are more concerned right now with providing shelter and buildings to people in need than the company’s profit margins.

“They are philanthropists at heart. … They want us to make money, but it won’t be the main driving force” as Vesta heads to Houston this week, McMurtrie said.

Simon said he’s not at all worried about the business.

Vesta could sell or lease the units it has in storage, but this is not the time for that, he said. The company will subsidize the costs of transporting the homes, which can be high, and charge only the minimum needed, he said.

“This is the time we have to worry about the people,” Simon said. “We have these modular homes, so we need to lend a hand.”

Whether to give back now or grow in the future as Houston rebuilds, Vesta is well-positioned to play a significant role in providing both temporary housing and commercial space in the flooded city, along with new, permanent structures in the years ahead as the region rebuilds.

Following its February acquisition of Salt Lake City-based M Space Holdings LLC out of bankruptcy, Vesta has a fleet of more than 2,000 modules for commercial use at sites around the country, over 100 fully furnished, single-box homes stored in North Dakota and a 40-classroom complex in storage in Indiana that can be moved to Houston for use by displaced families, first responders, companies or other entities in the region that need to house their workers.

If you need to get a temporary classroom right now in Texas, there will be a backlog given the high demand on modular unit manufacturers over the past year and increased need from Harvey, McMurtrie said.

“We have a lot of available inventory to help satisfy the growing market, and with things like Hurricane Harvey, that gives us the ability to provide property to people who need it.” Vesta has operated in Texas since it began and is licensed as an industrialized builder in the state. Last year it won a contract to supply a national buyers co-op, enabling municipalities and government agencies to buy directly from it, McMurtrie said.

Before launching Vesta in 2014, he and co-founder Bill Hall worked together at Troy-based Champion Home Builders Inc.

Vesta has about 200 temporary modular units shrink-wrapped and waiting at three storage sites in the Texas and Louisiana area to immediately deploy, McMurtrie said, and three more storage sites in Alabama, Mississippi and Georgia which will be used to send units into the flooded region.

It counts the Houston Independent School District — the largest public school system in Texas and one of the largest in the country — among its clients, along with several Texas companies and expects those relationships to translate to new contracts in the storm’s aftermath, he said.

McMurtrie connected with longtime contacts at FEMA from his days working at Troy-based Champion Home Builders Inc. to let them know it was ready to move units as needed, once the federal agency exhausts its own stores.

Vesta will likely donate the use of some of the units, and provide others to Atlas drivers, given the two companies’ common ownership, McMurtrie said.

Late last week, he and Hall were out shopping for an RV to serve as a home away from home for them and four or five other Vesta employees headed to Houston this week.

Eventually, the company plans to use one of its units, but installation w

He projects it will be 30 to 60 days before the first wave of temporary housing comes online in Houston.

“We’re going to do everything we can to help out in that market,” he said.

VESTA Modular’s Holiday Give Back

It’s the time of year when we as a company and individuals take time to pause, reflect, and be thankful for those in our communities… 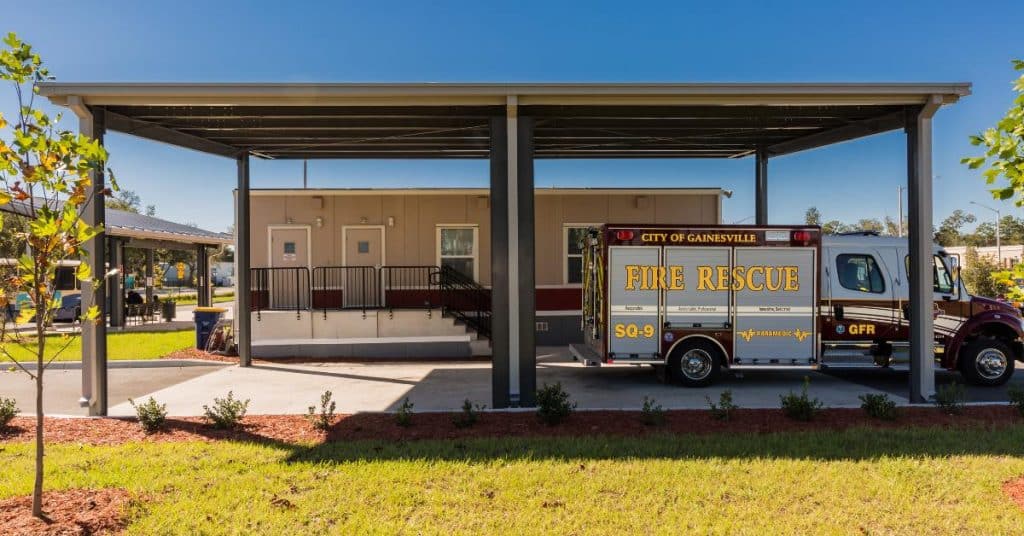 What Is a Modular Fire Station Building? A modular fire station building is one of many municipal buildings VESTA Modular has the capacity to construct…. 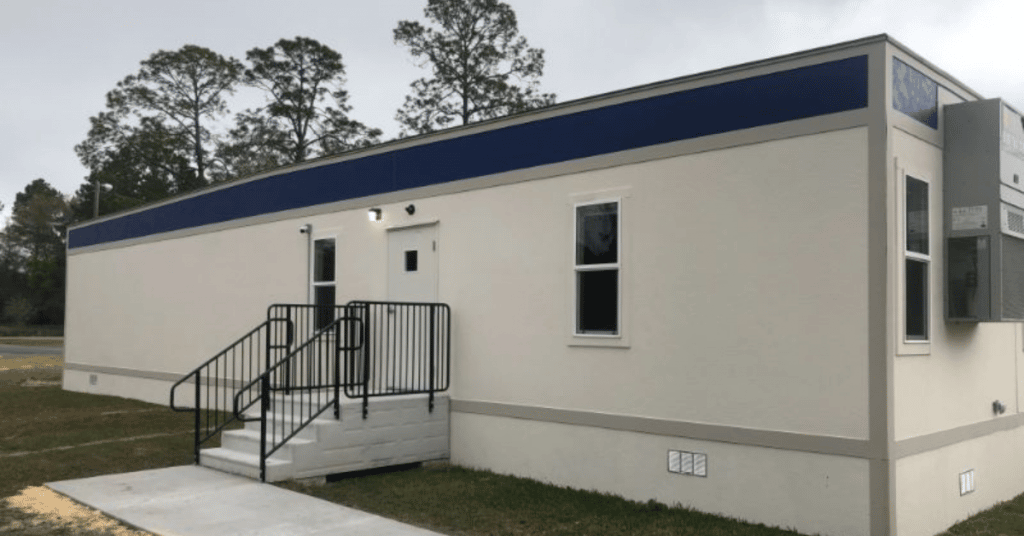 Every VESTA Modular building is built with high-quality materials and expert craftsmanship. In order to keep your building in top shape and keep repair costs…